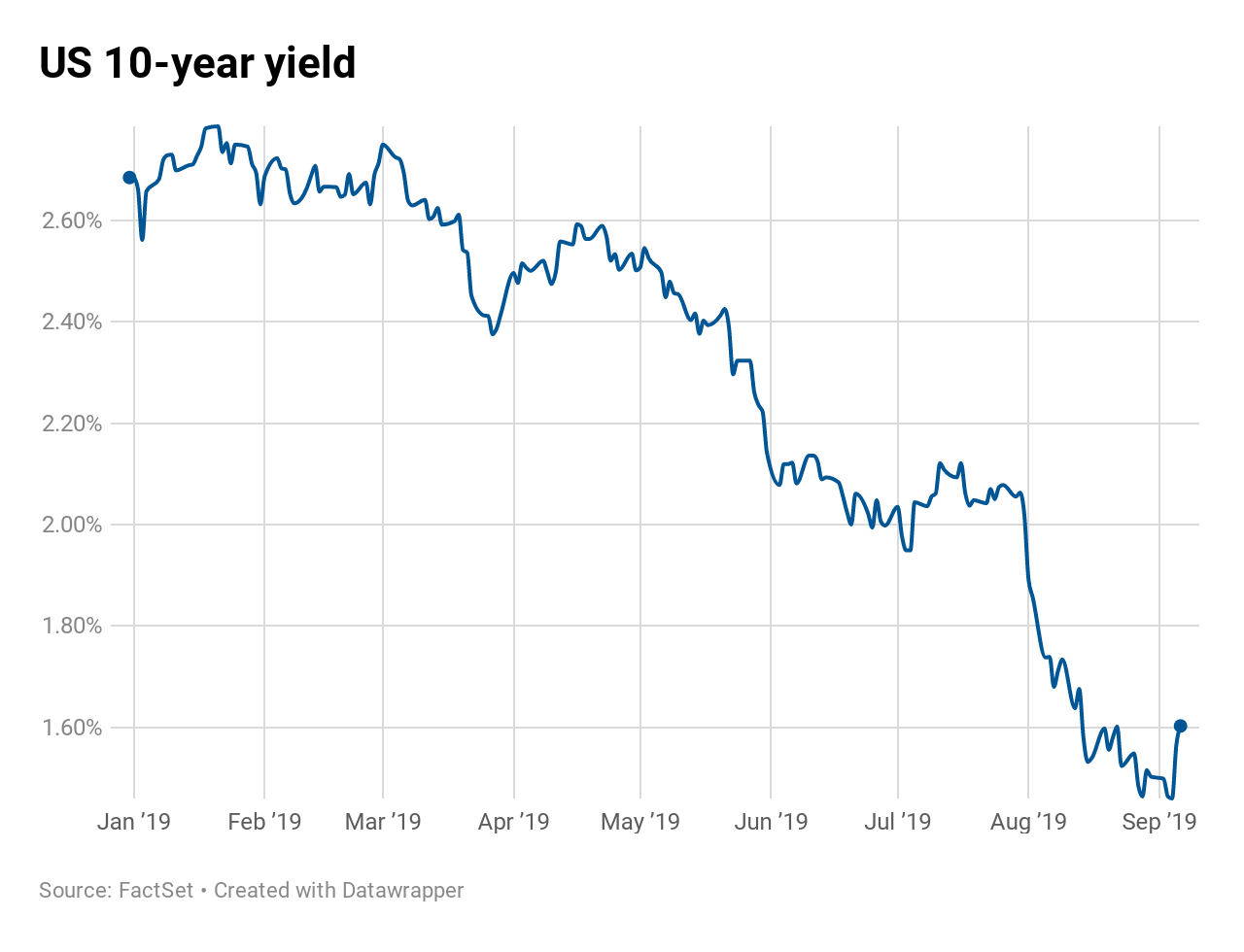 U.S. employers added a weaker-than-anticipated 130,000 jobs in August, the government said in its regular update situation. Economists polled by Dow Jones expected the labor market to add 150,000 jobs following a gain of 164,000 in July. The unemployment rate held steady at 3.7%.

Average hourly earnings — a statistic often used by economists as a leading inflation indicator — rose more than expected between August and July, as a 0.4% gain topped expectations of a 0.3% increase. The print brings wages gains up to 3.2% over the year.

“The idea that the labor market is tight is well-documented and well-understood,” said Jon Hill, a rates strategist at BMO Capital Markets. “You see an upside surprise in average hourly earnings,” but Wall Street remains unconvinced that those gains necessarily portend broader inflation gains.

“In general, this doesn’t really change much: The Fed was never really cutting because of the labor market,” he added, referring to expectations that the Federal Reserve will cut the overnight lending rate by another 25 basis points when it meets later this month.

Fed officials have on multiple occasions noted a slowdown in economic growth overseas as well as heighten trade-related uncertainty when justifying reductions to the federal funds rate.

The employment statistics adds to the fierce debate on Wall Street over whether the U.S. is headed for economic slowdown. Investors fled risk assets in favor of safe havens during August as a combination of soured trade relations with China and an inverted yield curve suggested to some that GDP growth could be nearing contraction.

The New York Federal Reserve puts the chance of a recession at 39% in the next 12 months, the highest level since the Great Recession that ended in mid-2009. The 10-year Treasury note yield fell more than 50 basis points last month amid the flight to safer assets including government debt and precious metals. A basis point is one hundredth of one percent.

More recent trade headlines, however, have reversed a fraction of the August bid for Treasurys.

The U.S. and China agreed to hold high-level talks in early October, according to a translation of a report from the Chinese Commerce Ministry released earlier this week. The news raised hopes that the world’s two largest economies could soon make substantial progress in calming their multiyear trade war.

China’s Ministry of Commerce said Thursday that Liu He, the country’s top trade negotiator, spoke by phone with U.S. Trade Representative Robert Lighthizer and Treasury Secretary Steven Mnuchin. They agreed to meet in early October for another round of negotiations, according to the Chinese Commerce Ministry. China insiders have also hinted that the upcoming trade talks could lead to a “breakthrough.”