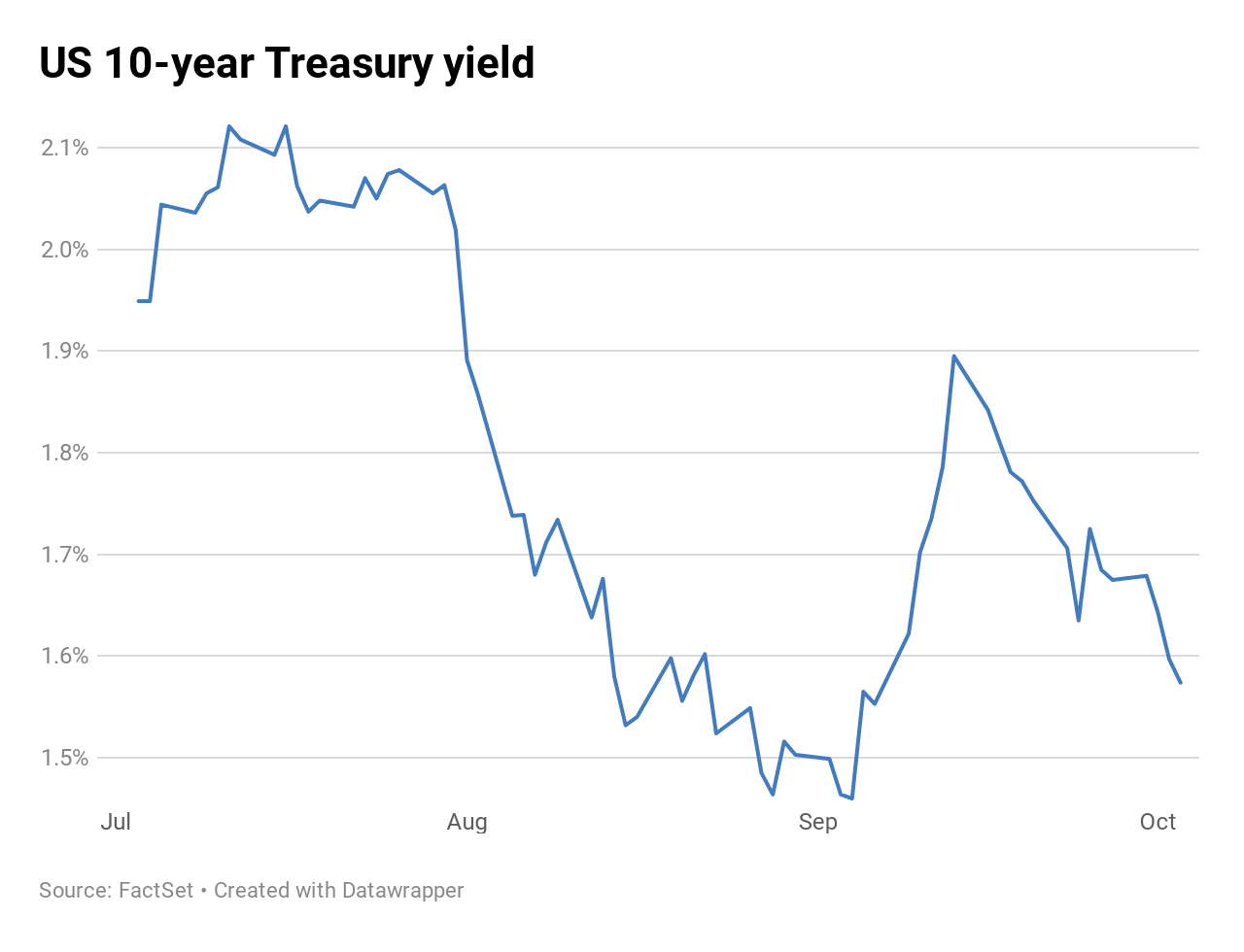 Treasury yields fell on Thursday as lingering concerns about a global slowdown and weaker economic activity in the United States supported demand for safer assets.

The Institute for Supply Management is scheduled to release its nonmanufacturing index reading for September at 10 a.m. That report will follow another ISM report earlier this week that showed manufacturing activity slumping to its weakest level in more than 10 years, sparking fears of a forthcoming economic recession.

The yield on the benchmark 10-year Treasury note was lower at 1.577% while the yield on the 30-year Treasury bond dropped to 2.067%. Treasury yields of varying maturity have fallen in tandem since mid-September — largely tracking the mounting recessionary angst — with the 10-year rate down over 30 basis points since Sept. 15.

Renewed trade tensions between the U.S. and the European Union further aggravated fears of a GDP slump in the U.S. on Thursday.

The Office of the United States Trade Representative on Wednesday released a list of products it plans to target, starting on Oct. 18. The duties include 10% tariffs on aircraft from France, Germany, Spain or the United Kingdom; 25% duties on single-malt Irish and Scotch whiskies, various garments and blankets from the U.K.; as well as 25% tariffs on coffee and certain tools and machinery from Germany.

The latest round of import taxes from the Trump administration came after the World Trade Organization on Wednesday backed a U.S. request to impose tariffs on $7.5 billion of European goods for what they believe are illegal subsidies grants to planemaker Airbus.