The experience made the entrepreneur rethink what a leader really is.

This story appears in the
October 2019
issue of
Entrepreneur. Subscribe »

Listen to Marc Randolph on our podcast, Problem Solvers:

Marc Randolph speaks with rare humility, like a man with no regrets. “The decision to step down as CEO and bring Reed [Hastings] in,” he says, “was probably the best decision I ever made at Netflix.” Randolph and Hastings cofounded the company in 1997, with Randolph as CEO and Hastings as the company’s main investor and chairman of the board. But two years later, the company was stalled out, and they made an emotionally fraught change: Randolph stepped aside to become president (and would leave the company four years later), and Hastings stepped in as CEO. The company thrived, and Hastings became the man to reap most of the glory. Now Randolph has a new book, That Will Never Work, which tells the history of the company — and in this interview, he talks about that humbling moment, and what it taught him about his true callings.

Related: Netflix Is Not the Problem: In Defense of Strong Organizational Cultures

Tell me how you came to step down as CEO.

I was working in my office. It was five or six o’clock at night, and Reed came back from some meetings he had over in San Jose. He came into my office and closed the door, flipped open a PC, and began running me through a PowerPoint. And at first I couldn’t quite understand what was happening. But what I realized eventually was that he was starting to make the case that the company might be stronger were he to come in as CEO.

That’s an interesting way of doing it! Usually, you’d sit someone down and say, “Listen, we have to have a serious talk.”

Reed was building a shit sandwich. You basically insulate the difficult message in between two pleasant messages. You lay down that first piece of bread, about all the great things someone’s done. Then you put down the shit, which is “Here’s what’s not good.” And then you close with that second piece of bread about “But of course, here’s all the positive benefits that will come.”

At one point, I remember saying, “Reed, I can’t believe you’re coming in and proposing that you take over.” And he says, “No, no; you have the wrong impression — I’m proposing that we run the company together.” He’d come in as CEO and I’d be president, and we’d do things jointly. I think his point was that the company would be infinitely stronger with two people there full-time working on it rather than one.

Related: How to Overcome Stress and Attract Great Employees

What did you do afterward?

I remember sitting in the dark for quite a long time, while the office slowly shut down around me. Then I remember driving home and sitting out on my back porch with my wife, having a glass of wine and talking this through — and recognizing that, although it was incredibly painful and disappointing, Reed was right. It would be a stronger company with both of us.

How did you get through your disappointment so quickly, and come to acceptance? That’s a lot to swallow in one night.

I was 40 years old at the time. So I was not in my 20s, caught up in the ego of “Look at me, Mr. Big Tech CEO.” I’d had a fair amount of success in my career, and I had a reasonably mature view of my real strengths and weaknesses. And the second thing I began to recognize is, the dream I had of myself as the CEO of a successful company now might have to be split into two dreams. I was going to have to choose which one was more important — the me-as-CEO part, or the big-successful-­company part. And I began to recognize that my obligation wasn’t just my own anymore. I had people who were working crazy hours, giving up personal time, away from their families, all trying to make this dream come true.

But that’s not to say that the next morning, I woke up zip-a-dee-doo-da, clicking my heels on the way to work. This is something that takes a long emotional adjustment. 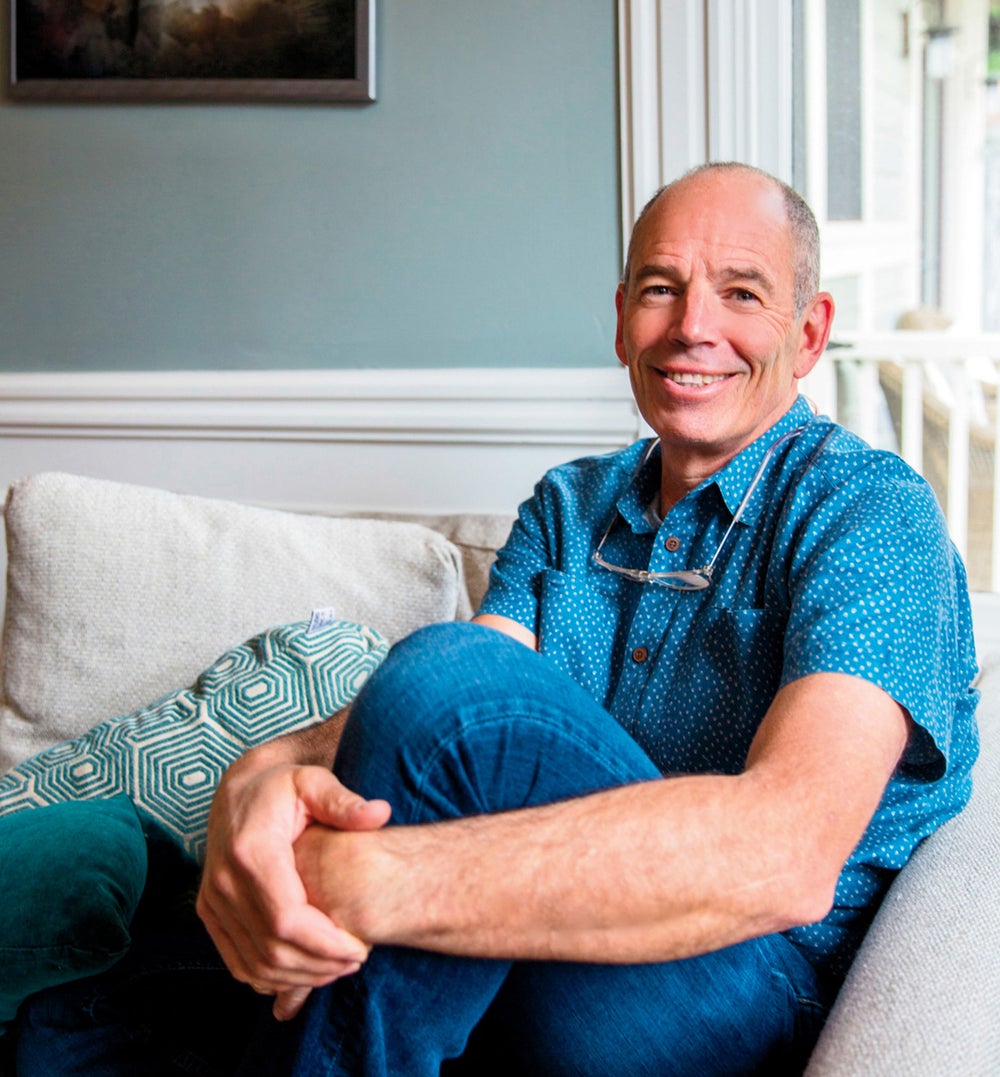 Right, because now you had to tell everyone you were stepping aside. How did you deal with that?

I can’t answer that without talking a little bit about culture. The culture at Netflix sprung not from a PowerPoint, not from some manufactured wisdom on paper, but from how Reed and I treated each other — and it was with brutal honesty. As soon as one of us realized the other was right, we’d have this egoless fall-in and recognize, “Of course that’s the right solution.” Culture is not what you say; it’s what you do. That became the Netflix culture: radical honesty. So the only way to present myself was to be very vulnerable and tell the company what was happening and why I thought this was a good idea.

And it was a good idea.

So many of the tremendous accomplishments that set Netflix on its road to success, that moved us from being a startup into being a real company, took place during that period of collaboration. I mean, the transition to truly figuring out the model for DVD rental by mail — subscription, all-you-can-eat, the unlimited, the no due dates, no late fee, the whole personalization algorithm. All that happened because of that collaboration.

But you left in 2003. Why do that, if the collaboration was so good?

Little by little, I began to recognize that Netflix was no longer a startup. We were hiring phenomenal people whose skills and abilities were far beyond mine. Although I deeply loved the company, it was no longer something I loved doing. And it began to dawn on me that what I truly loved was the early stages — and I’ll be modest here; it’s what I’m actually good at! Now I spend my days helping other early-stage entrepreneurs turn their dreams into realities, mostly as a CEO coach or a mentor.

Related: The Crazy Numbers Behind Netflix’s 20 Years of Success

How many people achieve that — finding the thing they love to do, and that they’re good at, and then focusing on it? I suspect most entrepreneurs force themselves into roles they’re just not right for because they want to be CEO.

Tragically, I think very few. The number of people who have successfully scaled a company from dream to post-IPO success — you could list them on the fingers of two hands. I put Reed in that category. Jeff Bezos. Elon Musk. For most people, though, the process of no longer being CEO is an involuntary one. I’ve seen that more times than I like.

So what advice do you have for entrepreneurs, who may need to take a hard look at themselves?

This starts at the beginning. Ask, Why are we doing the things we do? If people are doing this because they think they’re going to be rich? Not going to happen. If they think they’re doing it because they’re going to be famous? Not going to happen. You have to do this because fundamentally, you love solving problems. If that’s not the part you like, you’re going to hold on to something unreasonable. But once you’ve accepted why you’re doing this, ironically, it does become easier to accept that Wow, I just want to be a part of this. I do not need to be running it. I can look objectively at myself and say, “What do I like, and what am I good at?” And if people are looking for what success is, then spending your day doing the things you love — that’s success.