WeWork became a darling of the New York City and San Francisco’s office property markets in less than a decade. Now the office-sharing venture could become a liability as it pulls back its expansion.

Here are five things to know about WeWork’s real estate footprint as the company looks for fresh funding after it shelved its initial public offering recently.

How big is WeWork’s office footprint in New York and San Francisco?

WeWork has become the biggest tenant in the booming “flexible office” space sector where it holds leases on about 11 million square-feet of the total 70 million square-feet dedicated to the new breed of real estate nationally, according to real-estate brokerage firm CBRE.

Tech-centric workforces have made New York and San Francisco the largest U.S. hubs for flexible workspace, with WeWork accounting for about 2% of New York City’s total office inventory at 8.9 million square-feet, according to data from Cushman & Wakefield.

In San Francisco, it holds about 1.6 million square-feet, or 1.9% of the city’s total office inventory, but its share rises to 2.8% when looking only at central business district properties, according to C&W data.

Could WeWork’s large footprint backfire on those cities?

Many landlords have offered WeWork generous incentives to lure the company to vacant space in their buildings since the venture’s humble beginnings in 2010 in a single office building in lower Manhattan.

The rise of WeWork has helped push down vacancy rates and propelled rents higher in both coastal cities, particularly in San Francisco where office rents have climbed a whopping 300% since the start of 2010 through the third quarter of 2019, according to a recent Cantor Fitzgerald report.

The potential spillover, should WeWork start giving back its space, could “negatively affect the valuations of surrounding office properties in those cities – even if they don’t have direct exposure to WeWork,” Bank of America Merrill Lynch analysts wrote in a weekly client note.

However, Bank of America’s team led by Alan Todd also said WeWork was unlikely to reject all of its leases in the face of financial stress, but probably would be more apt to keep a foothold at newer, better located properties and potentially prune its exposure to less desirable buildings and markets.

“It definitely will get interesting because they are losing money,” he said.

What is known about WeWork’s property leases?

It’s a challenge to get detailed information about all of WeWork’s $47.2 billion of leases, particularly when it comes to terms of any sublease agreements with other tenants, but the company said in its IPO filing that most of its U.S. rental obligations have an average period of 15-years and are often held by subsidiaries with “limited parent guarantees.”

In theory, that could mean WeWork may opt to walk away from individual property leases, but without triggering liability back to the parent company in the event the venture starts trimming its national footprint as it seeks to shore up funding.

A WeWork spokesperson said the company will sign fewer leases in the quarters to come as it focuses on profitability and more strategic expansion following its pulled IPO roughly two weeks ago.

“New York and San Francisco remain important markets for us, where we intend to fully honor our lease commitments and will continue to provide members with a great workplace experience,” the WeWork spokesperson said in a written statement to MarketWatch.

To help get a better picture of any fallout from WeWork’s large lease exposures, analysts at Cantor combed through financing documents on nearly $3.5 billion of property bonds linked to the office-sharing company.

They found more than a dozen buildings in New York and San Francisco that listed WeWork as a tenant on more than 50% of the property and where “liquidity could loom large” if WeWork doesn’t raise additional equity during 2020, wrote a team of Cantor analysts led by Darrell Wheeler.

Here’s a chart of those properties.

Of the group, New York-based landlord Winter Properties has the largest exposure to WeWork at 57 E. 11th Street, an 11-story building near New York’s Greenwich Village. The owner took out $55 million of mortgage debt through Citigroup this summer, with financing documents showing it gave WeWork $6.1 million toward tenant improvements and about five months of free rent worth roughly $2.3 million.

WeWork was slated to occupy the entire building’s office space this fall. Calls and emails to the borrower and the building’s broker for an update on the property weren’t returned. WeWork didn’t respond to a request for information about its plans at the property.

Are WeWork leases a problem?

They certainly could be a problem. WeWork racked up almost $50 billion of long-term lease liabilities against what is essentially monthly memberships by its tenants. Last year it reported a near $2 billion loss and in the run-up to its IPO provided no clear path to profitability.

Because the company failed to raise at least $3 billion through its IPO, banks that had committed to providing WeWork with another $6 billion via the loan market, no longer were bound to provide it with debt financing.

The Financial Times reported that the company’s main backer, SoftBank, could inject at least $2.5 billion into WeWork as the venture seeks to secure a $3 billion to $4 billion loan financing package from a consortium of banks led by JP Morgan.

Talks on the planned funding package are still fluid, a person familiar with the matter said.

However, without a longer-term funding strategy, Fitch Ratings said it thinks WeWork could run out of liquidity in about four quarters.

Check out: Here’s what savvy bond investors are saying about the failed WeWork IPO

Last month saw WeWork’s controversial co-founder Adam Neumann stepped down and its incoming co-CEOs vow to cut costs, while reports suggest the venture could potentially purge up to 25% of its workforce.

Meanwhile, some New York City landlords have been shunning WeWork as a new tenant while it shores up funding, according to a Wall Street Journal report.

Although other landlords appear less rattled by WeWork’s funding uncertainties, including Texas-based Lincoln Property Co., which despite the pulled IPO, signed a 50,000 square-foot lease with WeWork in Newport Beach, Calif.

Are there any silver linings to WeWork’s stumbles?

Landlords, themselves, have caught the flex-office bug too.

New York City’s biggest office landlord, had about a 3% exposure to co-working at the end of the fourth-quarter, including to WeWork and through its own affiliate that offers “virtual offices” in Manhattan with a receptionist, a physical mailing address and pay-as-you-go conference rooms.

“We look at co-working as something that’s good for our market. It takes space up. It’s improving the space to a very high degree, so we like that,” said SL Green CEO Marc Holliday on a January earnings call.

has launched Flex by BXP, while Tishman Speyer has its Studio platform.

Meanwhile, U.S. stocks have been volatile ahead of highly-anticipated Sino-American trade talks but the S&P 500 index

is still up 17.4% on the year. Also, it rarely has been a better time to be a real estate borrower, with yields on 10-year Treasury note

And Daniel Lisser, senior director at real-estate brokerage Marcus & Millichap Capital Corporation, pointed out that many of the spaces created for WeWork have become desirable real estate.

“I think a lot of landlords will step in to manage the space if WeWork exits,” he told MarketWatch. “They will try to be WeWork without the drama.” 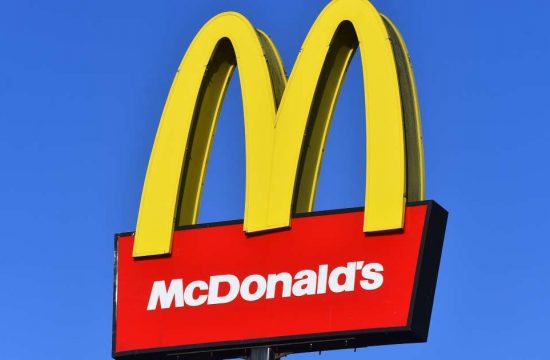 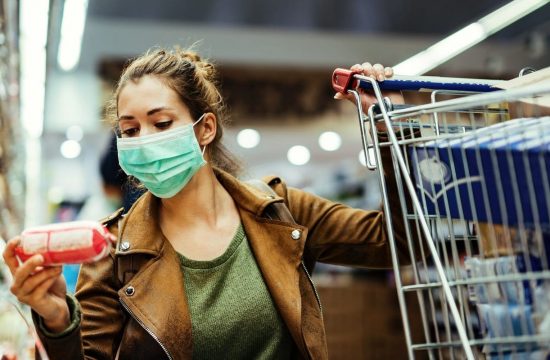 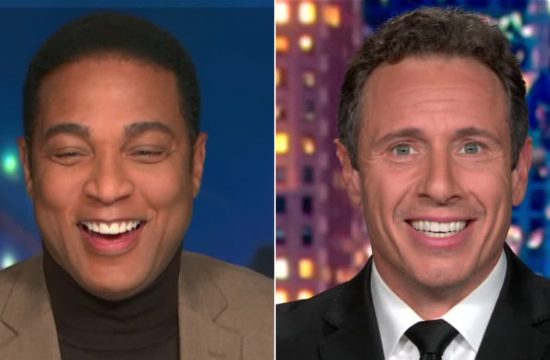 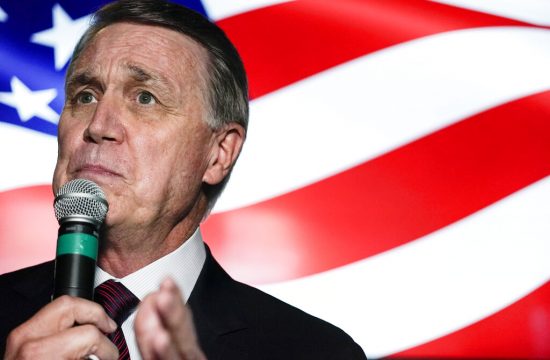 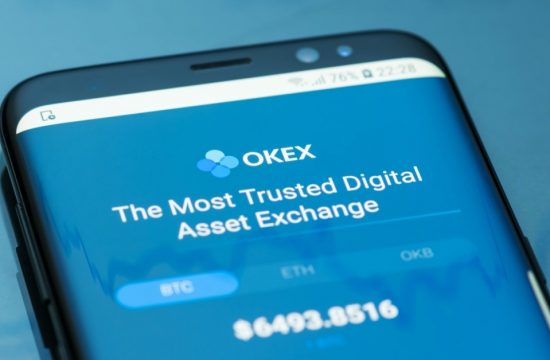 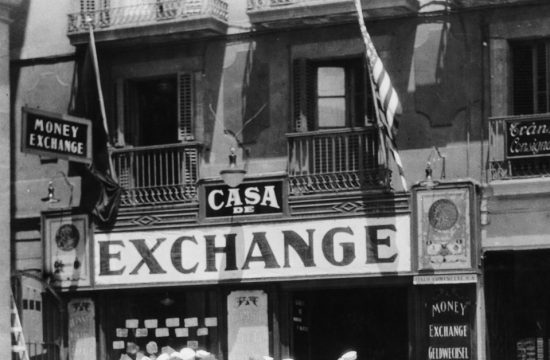 Some Are Calling All-Time Highs… 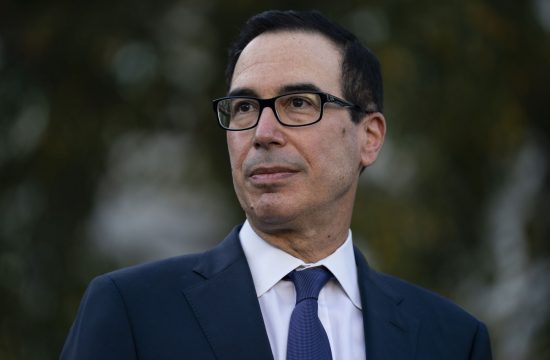 Mnuchin making it up on… 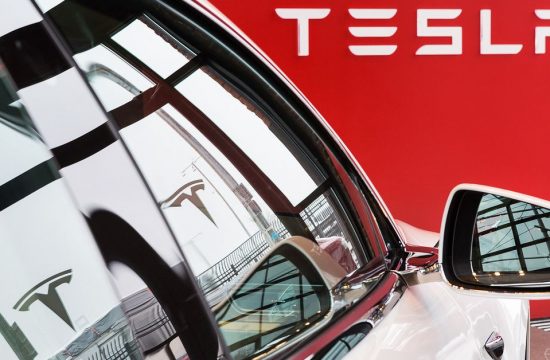