Latest News
Home /Jennifer Aniston declined my ‘Friends’ request — but she racked up 14.8M followers on Instagram in 5 days

In 2011, I gave away most of my belongings and moved to Manhattan. I had spent 10 years writing about Ireland for Dow Jones and The Wall Street Journal, and when the country’s economy finally stabilized after the bottom had fallen out of both the housing market and the government’s finances I upped and left. Seduced by television shows like “Friends,” which celebrates its 25th anniversary this month, I was ready to write a new chapter.

I had only ever visited New York for weeks at a time, and I had an outsider’s view of Manhattan life. I had consumed TV shows and movies set in New York. I liked glossy, aspirational fare like “The Last Days of Disco” and “Six Degrees of Separation” that cleverly delivered a serious social message. As a child, American TV provided an escape from the unending stream of sectarian violence in the British province of Northern Ireland, a constant theme on our TV screens.

On Tuesday, Aniston joined Instagram by posting a photo with her five ‘Friends’ co-stars. Aniston, perhaps, gets to promote her own projects and beat the paparazzi by controlling her own narrative.

We had four TV channels in Dublin and they were crammed with U.S. programming — all of life’s parade at our fingertips: Lavish soap operas, comedies where the characters’ problems were resolved in 30 minutes, and a story about a lovely lady and mother of three girls and stepmother to three boys living in a split-level house in sunny California with one bathroom — plus, a live-in-housekeeper called Alice that middle-class Americans could never afford today.

Everyone in America was either middle class, upper-middle class, or plain-old filthy rich — at least, according to these imported shows. By the time “Friends” arrived on my screen, I was sold. This was the land of Harvey Milk and money. I moved here for fresh adventures, new professional challenges and, on a spiritual note, I believed there were wonderful friends of my own waiting for me here — friends I had yet to meet. I have met many of those people and, eight years on, I can’t imagine not knowing them.

Six months after arriving in New York, I was invited by an Irish friend to be a plus-one at a charity dinner in Gramercy Park. I put on the tuxedo that I had worn during the heady days of the “Celtic Tiger,” Ireland’s economic boom. As I stood around gabbing and sipping my glass of red wine, a friend said, “Jennifer Aniston just walked through the door.” This happens to all first-generation immigrants, right? My favorite Friend! What a nice introduction to New York.

I wangled my way through the guests, and, standing in the corner, there she was: Rachel Green, America’s girl next door. I had long stopped watching reruns of “Friends.” I liked the show when it was first on the air, but the whitewashed, saccharine comedy hasn’t aged well. I now have the same reaction to the show’s theme song that my Italian niece has to the song from “Frozen.” I have listened to that song by The Rembrandts so many times it makes me feel a little sick.

Aniston was friendly, like her reputation. She is one of those celebrities you never hear anything bad about. ‘You’re from Oireland!’ she said, doing a stage-Irish accent. It made me laugh.

The people I watched on TV growing up, however, remain eternal stars. I was star-struck by Aniston. I appreciated her self-deprecating comedy. For the most part, her performance in “Friends” never felt old. Her character moved through scenes with the self-possession of a dancer. I also admired the way she navigated her way through a highly public divorce. With dignity. Sure, she opens up to Oprah about her light-bulb moments, but she appears to have a centered approach to life.

I wish the same could be said for me in that moment. I introduced myself to Aniston and her friend: “I’m Quentin. I’m from Ireland.” Aniston was friendly, matching her reputation. She is one of those celebrities you never hear anything bad about. “You’re from Oireland!” she said, doing a stage-Irish accent. It made me laugh. We exchanged a few pleasantries and, thinking of the folks back home, I succumbed to temptation. “Could we get a photo?” Pause. “For my Facebook?”

What followed was a master class in the art of maintaining healthy boundaries. She is comfortable saying no. She didn’t need an out. Still, I had made it easy for her to neatly wrap our conversation up. I had offered her an Irish exit on a tray in a giant steaming mug of coffee courtesy of Bewley’s in Dublin or, better yet, Central Perk. “I don’t do Facebook,” she replied. She delivered this line without dropping her smile. By mentioning social media, I had made a fatal mistake.

Like many female Hollywood star, Aniston has had her life parsed apart by celebrity journalists and merchants in gossip. On Tuesday, she finally joined Instagram by posting a photo with her five ‘Friends’ co-stars in a restaurant. Although it’s owned by Facebook, it’s arguably a way to promote her projects on social media without being subject to too much scrutiny. Aniston, perhaps, gets to beat the paparazzi to the punch by engaging with fans and controlling her own narrative.

Back in that restaurant in 2011, I stood in that corner at the crossroads of reality and celebrity. This was not a famous face brought into my life by the benevolent gods of New York City to impart the divine message that I was right to move here. I was another presumptuous schmo lumbering up to a Hollywood star to capture the moment all for myself. The actress, who once waitressed on the Upper West Side a few blocks away from where I now live, has no doubt rebuffed many before me.

I applied humility to my burn, thanked Aniston and her friend for saying “hi” to my “hi,” and walked sideways like a lobster back to my table. Of course she doesn’t do Facebook. Aniston, of all people, has had enough exposure to our society’s toxic media. Facebook “friends” offering their precious thr’pence-worth on what they believe to be the latest development in her world is the last thing she needs in her life. Who in their right mind would open themselves up to more?

Facebook ‘friends’ giving Aniston their precious thr’pence-worth on the latest development in her world is the last thing she needs. Who in their right mind would open themselves up to more?

Too much screen time, as we know now, is likely bad for your health. Studies suggest there is a link between Facebook and depression and that lonely people share too much on Facebook. My Aniston photo would have been misleading — the 21st-century equivalent of 20th-century first-generation immigrants who wear borrowed formal clothes, and send picture postcards of themselves home to make them look successful and wealthy. They say, “Look, mom — I made it!” I bought my own used tuxedo bought from a formal-wear rental store.

Shiny, happy people who appear on TV are flesh and blood, like you and me. Aniston was way ahead of her time. Most people on social media experience peer pressure and contend with ill-judged comments — and make a few of their own. It takes gumption to say nothing at all. When I shared an apartment in a Georgian building in Dublin with a college friend in my 20s, she gave three valuable pieces of advice for digital communication, “Don’t respond. Don’t respond. Don’t respond.”

“Friends” was a politically agnostic, economically ludicrous fantasy. The show’s characters could never have afforded to live in Monica (Courtney Cox) and Rachel’s spacious West Village loft apartment. In the second season, viewers were informed the apartment was rent-controlled as Monica inherited it from her grandmother. In 1994, the monthly rent for a small two-bedroom in New York City hovered at $2,500. Today, it costs $3,500, an increase of 40%.

We have rushed in where Aniston feared to tread. We are one ill-chosen tweet away from infamy, losing a job and upending our lives. People share their most private — and commercially valuable — activities on Facebook.

America’s middle class has been shrinking in the years since the show first aired. The cost of living has overtaken the cost of maintaining our lifestyles — as seen on TV. Household income was $52,942 in 1994, the year “Friends” premiered. Last year, it was $63,179, a rise of 19%. Inflation has soared 73% over the same period. The lyrics of the “Friends” theme song could be rewritten for 2019: I’ll be there for you. Will you be there for me when I retire?

Aniston, to her credit, showed that familiar strangers who approach us in restaurants, on the subway or on the street corner deserve consideration and respect. Unlike some of her other “Friends” cast members, she still doesn’t do Facebook, Instagram or Twitter.

Her stance is notable and admirable in 2019, a cluster-yuck where entertainment culture, politics, reality television, fake news and social media repeatedly collide.

We have rushed in where Aniston feared to tread. We are one ill-chosen tweet away from infamy, losing a job and upending our lives. People share their most private, mundane and commercially valuable daily activities on Facebook. Aniston doesn’t need Twitter or Facebook or Instagram. Tabloid magazines already speculate and comment on her life. We, on the other hand, don’t need tabloids. We diligently report on our own private lives, all by ourselves. 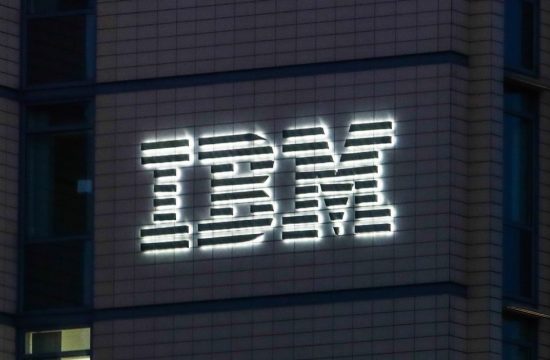 IBM Shares Are an Anomaly… 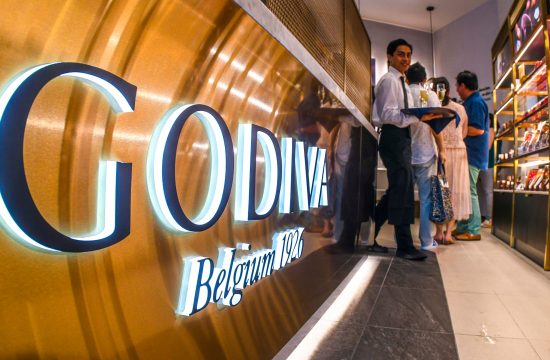 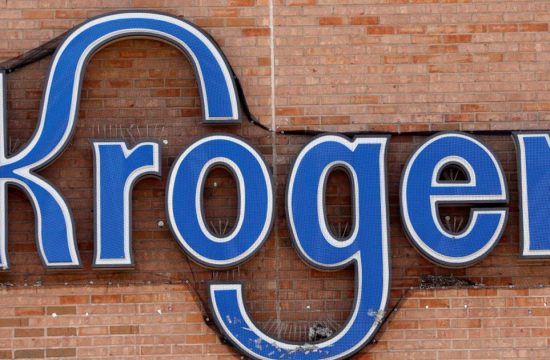 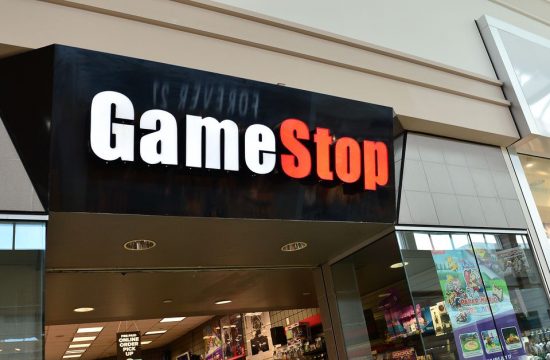 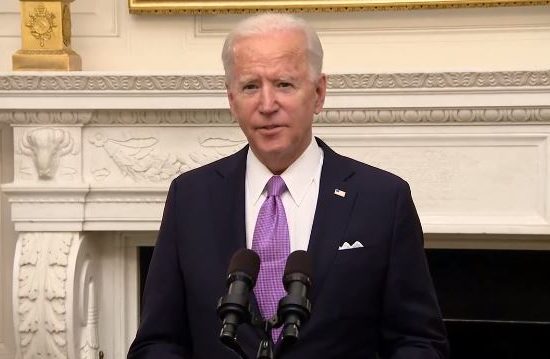 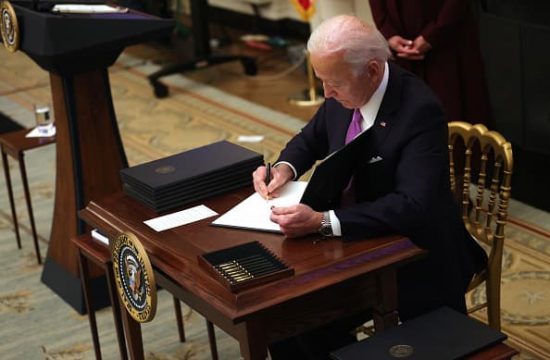 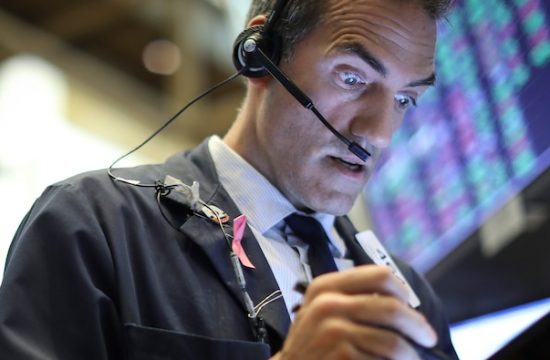 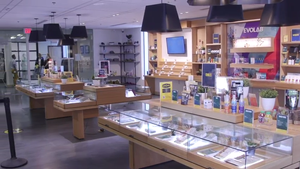