Analysts are pointing to the stock’s high valuation.

In the last year, the stock has soared 84% to $797 per share, giving it a market value of $23 billion. The average analyst price target for Chipotle shares is $844.22, according to Refinitiv. The stock hit a record high in July and kept climbing, peaking at $857.90 a share in early September.

Chipotle’s stock is trading at nearly 49 times its forward earnings estimates and 64 times its prior 12-month earnings, according to Refinitiv.

Its competitors in the restaurant sector have much lower price-to-earnings ratios. Shares of Yum Brands, the parent company of Taco Bell, and Starbucks trade for 26 times each company’s forward earnings, Refinitiv data show. After McDonald’s shares slid Wednesday on its lackluster third-quarter earnings, the restaurant giant’s stock is trading for 23.6 times its forward earnings.

Jack in the Box, which has a market value of $2.2 billion, has roughly 300 fewer stores than Chipotle and lags its annual sales by about $300 million. The fast-food chain’s stock trades for 17 times its forward earnings, according to Refinitiv.

Morgan Stanley analyst John Glass wrote in a note that Chipotle’s share price has rapidly outpaced earnings estimates for fiscal 2020, indicating that investors are giving Chipotle credit for its performance “well in advance.” 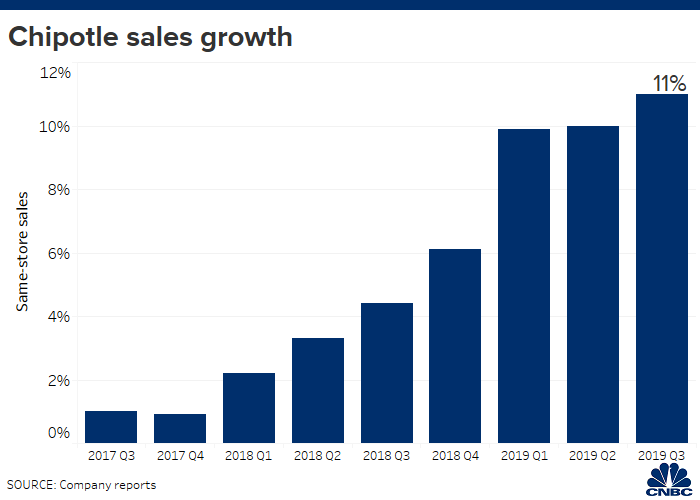 “Now, with a dynamic of tougher compares and potentially moderating same-store sales in 2020, we think that valuation will start to matter more,” Glass said.

One of Chipotle’s margin drivers is its “Chipotlanes” — drive-thru lanes for digital order pick-up. The company announced Tuesday that it would be installing Chipotlanes in more than half of its stores under construction. Pick-up orders have higher margins, but the longer construction times mean that some store openings could be delayed into 2020.

Investors focused on the reduction in 2019 store openings, as well as higher-than-expected labor costs, according to Cowen analyst Andrew Charles.

“While we do not view these as long-term concerns, the tepid stock reaction to [Chipotle’s] strong 3Q results could be indicative that valuation has peaked,” Charles wrote in a note to clients.

The company’s stock has been on a tear for the last year and a half after Brian Niccol became Chipotle’s new chief executive. In July, after its stock surpassed a high set prior to its food safety issues, some said Chipotle’s woes were firmly in the past.

Under Niccol’s leadership, Chipotle has been growing digital sales and changing up its menu.

For example, Chipotle’s limited-time launch of carne asada, which is 50 cents pricier than its most expensive protein, boosted sales during the third quarter. The chain’s supply is expected to run out in late November or early December, executives said.

Bernstein analyst Sara Senatore said that Chipotle’s marketing for carne asada drove overall brand awareness. Menu items that are in the pipeline could eventually do the same.

“With further menu innovations — salad, beverages, quesadillas, improved queso — still to come, we see a long runway for comps,” she wrote, referring to the potential for further same-store sales growth. 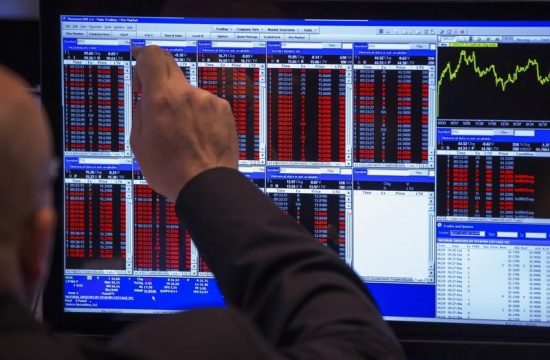 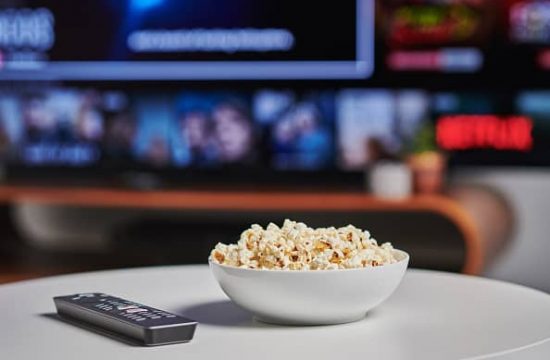 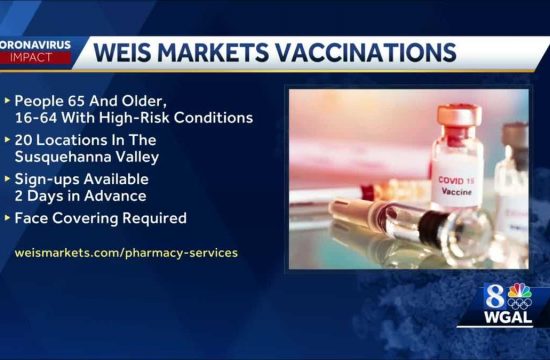 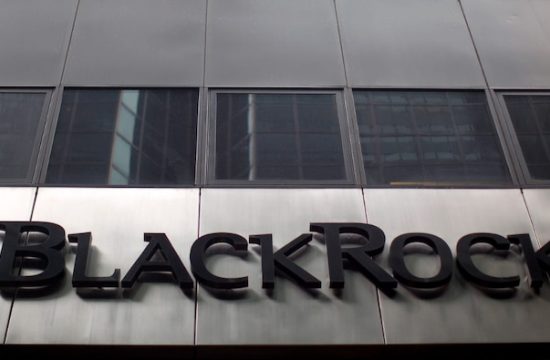 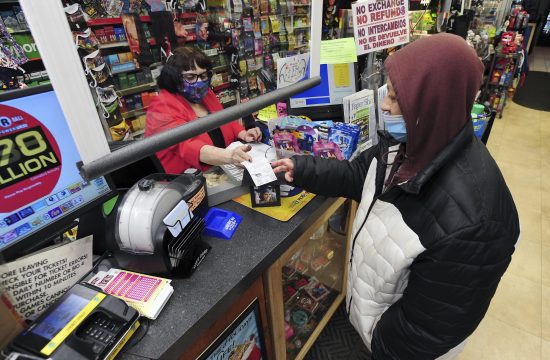