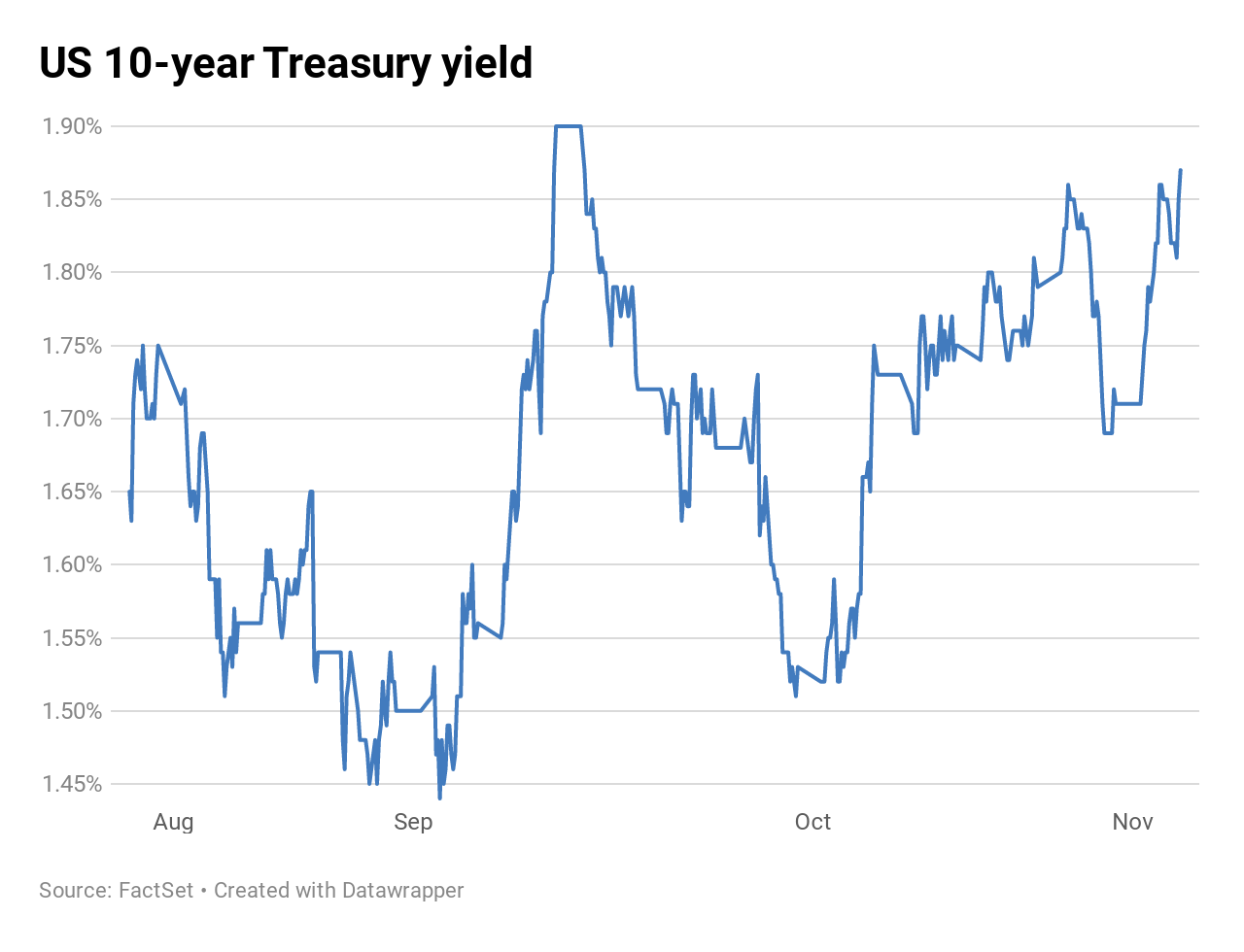 The yield on the benchmark 10-year Treasury note rose to its highest level since mid-September on Thursday amid reports that China and the U.S. have agreed to cancel additional tariffs that were imposed during their trade war.

Market players are following U.S.-China trade discussions amid growing concerns that the signing of the “phase one” deal could be delayed until December.

President Trump is scheduled to be in London for a gathering of NATO leaders on Dec. 3 – 4, and a potential signing could happen before or after that visit, people close to the talks told CNBC. However, China has reportedly agreed to cancel existing tariffs with the U.S. in a phased way.

There are also a few Fed speeches scheduled for Thursday. Atlanta Fed President Raphael Bostic will speak in New York at 07:10 p.m. ET and the Dallas Fed President Robert Kaplan will give a speech in Texas at 10:50 p.m. ET.