Zeitsiff said he was a bundle of excitement, nerves, and pride as he road tripped across the state to visit some of the locations that are preparing to reopen. Just two weeks prior, the global chain filed for Chapter 11 bankruptcy and announced it would permanently close 30 locations.

Gold’s Gym isn’t the only one struggling. After 38,000 fitness gyms and studios nationwide were forced to shut down, roughly $10 billion, or a third of fitness industry revenue, is expected to shift away from in-person to at-home options, investment bank Harrison Co. found in a survey. As for workers in the industry, 500,000 have been furloughed or laid off.

Zeitsiff believes workers and customers are happy to be back, even with the strange new circumstances. “You don’t normally walk into your gym with a mask on,” he said.

Gold’s Gym’s reopening has been a mixed bag. Seventy-five people lined up at 5am outside the Murfreesboro, Tennessee, location when it opened its doors, but overall Zeitsiff told Business Insider that reopened clubs are seeing 65% of its usual check-ins compared to last year.

The pandemic has proven to many people that working out from home can be convenient, cheap, and motivating. Though Gold’s Gym upped the offerings on its personal training app, big brands like Peloton and Mirror have entered the at-home workout business in full force with prestige products, influencer instructors, and armies of virtual accountability buddies. To compete, gym owners will have to rely on the pull of the in-person community and adapt  to include a seamless mix of virtual and physical offerings.

Necessary for a healthy human life, fitness has turned into a $94 billion global industry, and has its own web of status symbols, apps, and influencers. And just like you might still be coming to grips with how to get or stay fit in our new socially distanced reality, the industry is being forced to remake itself in real time, step by step, rep by rep.

Business Insider spoke with dozens of investors, analysts, gym-goers, business owners, and fitness executives who all agreed that many Americans wouldn’t make a swift return to the gym, thanks to at-home habits and fears of infection. Just over 35% of people surveyed said they have already canceled, or are considering canceling, their gym memberships and half said they wouldn’t return upon reopening.

Gymgoers lovingly refer to the fitness centers they attend as “church.” Thanks to the pandemic, we’re heading for reformation.

To compete with at-home fitness, gyms will have to ‘innovate or fail’

Quarantine, working from home, and fears of infection have only accelerated the rise of at-home fitness.

During the 12 months preceding February 2020, consumers poured $2 billion into the home fitness market. Sensing a sea change, top brands shifted to digital offerings. Peloton led the way with an at-home exercise bike and virtual classes. The company reported a 66% increase in sales in the last quarter and subscribers of its app were up 64%.

“This unforeseen time has only further intensified a growing shift towards the convenience of working out at home,” she said.

And brands are taking note. In late June, athletic apparel company Lululemon announced its plan to buy Mirror for $500 million, a step toward diversifying its revenue stream with with an at-home fitness offering.

Many are learning working out at home can be cheaper, safer during the health crisis, and more time-efficient. Forty percent of survey respondents from consumer-focused investment bank Harrison Co. said they tried at-home fitness for the first time during the pandemic – and many won’t go back to the gym.

Lauren Friedman, a 28-year-old New York City publicist, told Business Insider her workout routine was “pretty sparse” before the pandemic. During the week, she took a cycling class or two and hit the gym. Now she’s exercising six days a week thanks to free yoga videos, two-mile walks, and the running app Couch to 5k .

“I feel like working out is less daunting overall,” she said. “I can wake up a lot later and run in the morning. Or I can take a break after a Zoom call and do a quick 15-minute yoga session.”

The pandemic could force players in the already-saturated industry further into the home. “We will see home fitness take off in a way that it never did before,” Jeff Halevy, a 20-year fitness veteran and founder of Apex Human Performance, told Business Insider. “Gyms are in a position where they will innovate or they will fail.”

New York City-based, rowing-inspired franchise CityRow is riding the wave of innovation. Helaine Knapp founded the company in 2014, when the boutique studio craze was already beginning to decline after a decade of intense growth. Some brands, like Barry’s Bootcamp and Soulcycle, were emerging as clear winners, moving from “boutique” to chain status, and swallowing the competition.

As brands jostled for market share, gym memberships have grown by 37% in the last decade, Halevy said. He pointed out that “companies like ClassPass have been cannibalizing their own marketplace.” ClassPass partners with studios and gyms to offer unlimited classes for a monthly fee. Since 2013, it’s been scooping up would-be customers of those same partners — and reportedly squeezing out those studios in the process.

In 2018, observing the shift to out-of-gym offerings, CityRow expanded to at-home equipment and virtual classes. At first it was a way to reach more customers; it became the company’s saving grace when all 11 locations were temporarily shut down.

Jason Kelly, author of “Sweat Equity,” agrees that smaller fitness concepts are under the most pressure, he said in a conversation with Business Insider. “I think the big will get bigger in the long run.”

A reopening plan that makes members happy is a balancing act

Like many businesses across the country, Gold’s Gym is working on phase one of its reopening plan. Though gyms are among the businesses listed in the White House’s guidelines to reopen during the first wave, the Federal Reserve ranked the industry at a high risk of spreading infection, based on a contact-intensity scale that measured how close workers’ jobs required them to be to other people.

At Gold’s Gym, alternating machines are closed off; the arrangement rotates for rigorous cleaning. Branded markers on the floor remind members to stand six feet apart. Group classes and other amenities like personal training and pool access are still off-limits. One of the reopening measures is an hour-long deep cleaning “intermission” every afternoon, during which members can’t check in.

“We’re role-playing conversations that we never thought we’d have to have,” Zeitsiff previously told Business Insider. “‘I apologize for interrupting you, but you’re not six feet apart from this person,’ or those kinds of things.”

Most fitness businesses face the same challenging slate: Creating a more hygienic experience where customers have sufficient space. That involves not just reconfiguring layouts, but curbing capacity in an industry that already has trouble keeping customers loyal. In normal years, gyms experience turnover with 30% of their customers, Halevy said. Since the pandemic struck, fitness classes in the US are at 23% of their pre-COVID bookings, according to exclusive data obtained from Glofox.

Customers of Equinox, a luxury gym that costs $260 per month for an “All Access” membership, expressed dissatisfaction that their monthly fees weren’t adjusted considering reopening measures that include modified hours and appointment-only visits – limited to three workouts per week.

Planet Fitness is promoting “social fitnessing” and asking members to be “cleansiderate.” SoulCycle, owned by Equinox Group, plans to reduce class sizes, rotate rented shoes and lockers and cancel birthday parties. The brand is trying to stay afloat: Its new foray into offering wellness retreats late last year hit pause during the pandemic, and it recently launched its own at-home fitness bike to compete with Peloton’s popular offering.

Guidelines from Orangetheory Fitness, attracted mixed reactions because the chain, which offers high intensity interval training (HIIT) classes, doesn’t require customers to wear a mask. Some customers said wearing one during HIIT would be “dangerous,” others said they were uncomfortable with returning and asked if Orangetheory would still provide online classes.

Some people go to church to find community, some go to fitness studios

There’s one major downside to working out at home: doing it alone.

Gyms and fitness studios with “cult-like followings” are about more than reps and sweat. They form tight-knit communities that foster social and mental wellbeing. Members look forward to seeing familiar faces, chatting with their instructors after class, and participating in challenges that motivate them to be consistent.

Peloton’s success is due in large part to its ability to create a sense of community. An IHRSA study in 2017 found that people who just used gym equipment to workout were 56% more likely to cancel their memberships versus those who exercised in groups.

The desire for connection and accountability will always be a part of fitness, CityRow’s Knapp said. “Less and less people are joining churches these days, we’re joining gyms with like-minded people.”

Knapp is confident virtual classes won’t replace studios altogether, but will become a welcome add-on as people opt for more flexibility in their schedules or to double up on their regimen. “If you didn’t have it before, you were kind of late,” she said. “It’s now a check mark when someone’s looking for a new community to join.”

The winners will be the ones that can adapt

Fitness studios and experts agree that a mix of both in-person spaces and at-home workouts will be best suited for success.

Jillian Bridgette Cohen is the cofounder and CEO of Virtual Health Partners, which creates software for fitness apps. She said that a hybrid approach appeals to members who may want to do virtual training early in the morning, then go to the club later in the day for cardio or swimming.

Virtual offerings open up small studios to compete with national brands. “You can sell more, because you’re not limited by how many people can fit into one studio,” Cohen said.

Marc Magliacano, a managing partner at L Catterton – a private-equity firm that is invested in Peloton and SoulCycle-owned Equinox among other fitness concepts – echoed the belief that fitness brands will be required to offer a hybrid approach. He said adding digital offerings isn’t enough on its own. Gyms have to figure out how to bring customers back when restrictions lift, especially if they’ve shelled out $2,000 on a Peloton bike or $1,500 on a Mirror.

“You either have to assume that people have now made the shift to more allocation to the home or are going to expand their fitness wallets,” Magliacano said. “And arguably it is hard to make that statement in a recession.” 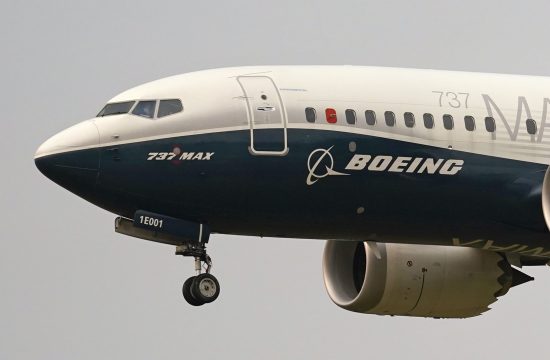 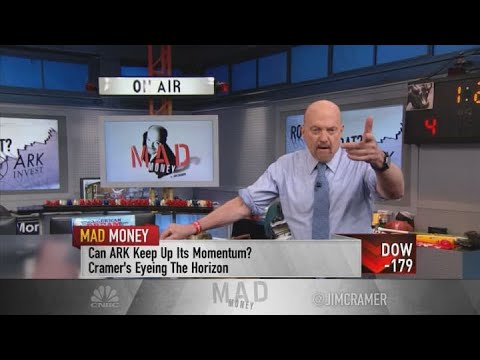